Characterised by a laughing sun logo, few people have visited Germany without encountering one of the various Merkur Casinos dotted around the land. While a few years ago you would only see brick and mortar Merkur Casinos, Merkur has moved with the times and set up casinos on the net too. We have all the info about this below.

While most people have heard of Playtech and NetEnt because they are two of the biggest software providers, this doesn't mean that there aren't other software companies worth the mention. In fact, Merkur Gaming which is part of the Gauselmann Group is one such example and is widely used throughout Germany.

Things you should know about Merkur Casinos 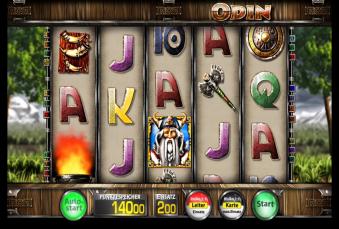 Born in 1957, this German company which was founded by Gauselemann Group has over 10,000 employees in more than 40 different countries. Successful and reputable, Merkur made over a staggering 2.2 billion euro in 2015 alone and it keeps going from strength to strength. The secret of Merkur's success lies in its ability to be able to keep up with and challenge the changing times. In 1974, the founder of the Gauslemann group, Paul Gauslemann, opened Merkur’s first casino in Germany. While this was nothing if not a risk, German gamblers flocked to his beautiful casinos and Merkur name thrived. Of course, Gauslemann wasn't just happy to leave things at that and in 1976 he managed to obtain the necessary license needed in order to manufacture slot machines. Ever since then, his company has made and sold over approximately 2 million slot machines in Germany as well as internationally. Today, the company, Merkur-Spielothek, owns approximately 200 land-based casinos across Germany and its sister company, Merkur-Casino, operates about 75 entertainment land-based Merkur Casinos across all of Europe.

Merkur's Entry in the Online World

When the internet started to grow and become an everyday reality, the Gauselmann Group took and point and decided to expand their empire by getting on board with the online casino world. Now, players can not only enjoy visiting Merkur brick and mortar casinos, but they can take their gambling game online and play Online Slots, Online Roulette as well as crowd-pleaser Online Keno online and Online Bingo. Merkur's online casino games are not only state-of-the-art but they will come you coming back for more time after time.

Thanks to over six decades in the business, Merkur Gaming really does know how to keep its clients happy. Indeed, while they may have started out being casino machine makers, they truly have thrown themselves body and soul into making the right games for their players. Don't believe us? Head to Merkur Gaming’s site where you're able to actually through a brochure of their casino games which you can peruse through at your leisure in order to find out exactly what to expect. After browsing through the catalogue ourselves, not only were we impressed by the wide choice of diverse casino games on offer, but we were also impressed by the quality. Merkur players can choose from over 200 themed online casino games and although what each casino offers is different, you’ll find that Merkur will have many of them available for you to play right on your browser. Whether you're after an Arabic desert adventure, a moment with Romeo and Juliet or you just want to go down the traditional route and play Fruit Slots, Merkur really does have it all.

Although Merkur has average visuals and sound, you wouldn't exactly put them in the same league as Microgaming. However, when all is said and done Merkur's graphics do an okay job of bringing the games to life and the sound effects and music are okay too. What many have suggested is that Merkur get rid of some of their older games with their nineties look and remake them to look like their newer offerings. Merkur's 'Odin' in particular gets rave reviews graphics wise.

You can hardly be a master in innovation and not take cross-compatibility into consideration when creating your online casino. In keeping with their wish to be leaders in their field, Merkur Casinos have been created specifically to accommodate mobile phone play. All this is thanks to their use of HTML5 when constructing their games.

If you thought that such a sterling brand was going to be a slouch in the safety and security area than I'm afraid we at GamblingPlanet are sorely going to disappoint you. Merkur Casinos' success lies greatly in the fact that the developers have made a huge effort in providing safe and fair games for their casino players. Each and every casino game is tested by Gaming Laboratories International which holds a valid certification from ISO group before it is released. The 9001 certification their games have is revered by people in the casino industry as it is extremely hard to achieve. In addition to this, Gaming Laboratories International also holds multiple licenses in multiple jurisdictions.

While casinos might not be the first to come to mind when thinking of Germany, Merkur has proved time and time again that when it comes to software, Germany has things well and truly under control. Not only has Merkur Gaming become a byname for quality machinery thanks to its amazing slot machines but their software keeps on improving and evolving. So if you're in Germany or another of the European countries why not take the opportunity to play with some of the most renowned, quality software in the world.