Poker, Backgammon, and now Bingo!! That's right folks, Bingo has made it online and has been making quite a splash in the online gaming industry ever since. Fans from all over the world have begun logging on to any one of the numerous 'Online Bingo halls' popping up on the web and are now enjoying the virtual variety of this traditionally land-based game.

Online Bingo isn't 'too' different from its traditional counterpart and is essentially the same game only supplemented with some 'modern' amenities that aren't usually found in land-based bingo halls. In other words, it's significantly different than your standard church or charity variety, but the principles remain the same. An easy game to play no matter where you are, Bingo in its online variety is no different in this sense and, in fact, it's probably even easier, depending on how you look at it. All it takes is a few clicks and you're already on your way to playing online! There are, however, some differences between the playing online and playing 'live' on land and in many cases, these differences make the online bingo games even more attractive.

Unlike the contraptions used in land-based halls to spin the balls and select random numbers, online bingo sites use random number generators - the same type of machines used for dealing cards in online poker and other online casino games. This is important as it literally guarantees a 'random' experience (so long as, of course, you're playing at a reputable site with independently verified generators and figures; the online casinos profiled on GamblingPlanet, of course, meet this criterion). Other differences include the 'auto-daub' feature online where players can check a box and have their numbers automatically daubed/marked without having to do so themselves. A bit lazy, we know, but it actually makes the game go faster and ensure that you don't miss a 'Bingo' if you're easily distracted or not paying attention.

Players also generally have access to "Best Card Sorting" and "Best Card Highlighting" features, which automatically arrange and highlight a player's cards which are closest to bingo. With such options available, players are then freer to take advantage of another difference between the online and land-based varieties, which is "chatting". In land-based casinos talking is usually forbidden but online, operators encourage communication at the table, and have made it easy for players to chat with others. As far as prizes go, the variety of rewards online is equal to that of land-based bingo halls and quickly becoming even more lucrative. As more and more players sign-up online and create accounts, online bingo operators can come up with even more valuable prizes, including several progressive jackpots.

If you want to make sure to get the best out of your Bingo game, keep your eyes and ears out for online bingo bonus offers. Here at GamblingPlanet, we've made it extra easy for you to do that thanks to our toplists which are guaranteed to give you the best bonuses on the net. The better your bonus, the bigger your Bingo bankroll! Once you learn how to make your Bingo Online Bonus work for you, you will also realise just how many sites offer redeposit bonuses and other little ways in which loyal players are able to make some extra cash. You'd be mad not to take advantage of all that Bingo Online Free Money.

Bingo, like many of the games profiled on our site, is, at its core, a game of chance. To summarize it as plainly as possible, randomly selected numbers are drawn and called out while attentive players then match those numbers to those which appear on 5x5 matrices which are printed on unique cards purchased in advance by the players. The first player to form a specified pattern (this is determined in advance as well) on their card from the numbers which have been called, calls out "BINGO!" and wins! At the beginning of the game, each player - there can be hundreds - is provided a card marked with a grid containing numbers. Each card is unique and so each player's card and numbers are different. Bingo cards are usually purchased and the numbers on them are in a 5x5 grid corresponding to the five letters of B-I-N-G-O, but this is not always the case and depends again on the variety of the game played and/or the style employed.

Accordingly, a typical bingo card consists of 24 numbered spaces and one free space that can be marked right away. The numbers in column "B" are between 1 and 15; column "I", 16-30; column "N", 31-45; column "G", 46-60; and column "O", 61-75. The organizer(s) announce the pattern to be formed on the card at the start of the game and the "caller" then begins selecting numbers randomly (usually from a container of some sort - once selected, the number is put aside is not used again). Players listen for the numbers called, search their card(s) for the called number (multiple cards can generally be purchased and used to increase your chances of victory), and if it's present, he/she marks it on the card. Basically, the only element of skill involved is the ability to search and mark one's card quickly enough to be ready for the next number and/or be the first to call out "Bingo!"

The caller continues to randomly pick and call numbers until a player forms the specified pattern and shouts out. Agreed-upon patterns can vary a great deal but some of the most popular are: one line/two lines (one or two lines on the grid completely marked with selected numbers) or Full House/Full Card/Blackout/Cover-all (attained when ALL the numbers on a card are covered). Organizers can become quite creative with the patterns required for different games - often requiring patterns in the shape of a letter, or particular design. Again, most of the time players have the option of playing several cards at once and the prizes awarded to winners can vary from large jackpots to material objects.

There are 2 types of bingo that players from around the world can generally choose from 75-ball and 90-ball games. North America plays 75-ball (5x5 card w/ free space) while the UK and other parts of the world play 90-ball (9x3 card). Both varieties are very popular. Regardless of the pattern to be achieved, the aim of 75-ball always remains the same: mark off the numbers to get the needed pattern. In 90-ball, each card has 3 horizontal lines and nine vertical. Each line has 5 numbers, which means each card then has 15. The 1st column contains numbers 1-10; the 2nd, 11-20; 3rd, 21-30; and so on and so forth up until 81-90 in the 9th column. A typical game of 90-ball bingo is played in 3 stages: one line, two lines, and Full House. In a one-line game, players need to complete a full horizontal line across one card (= 5 numbers marked) whereas a two line game requires, you guessed it: completing any two marked lines horizontally across one card (= 10 numbers). Finally, the "Full House" requires that all of the numbers be marked off (= all 15) just like in a normal 75-ball 'Cover-all' game. The prizes increase with each phase so the Full House is, obviously, always the largest prize.

In the same way that you won't be able to predict what numbers are called out in a hall, you definitely won't be able to predict what is going to happen next online. That said, there are a few tricks you can utilize in order to increase your odds of having a winning pattern.  Like the lottery, the more cards you opt to buy, the better the chance that you will have a card with a winning number pattern on it. In addition to this, you can also choose to play at less popular times to reduce the competition. Read our bingo strategy page to find out more about the best ways to increase your odds and be a Bingo Online champion. 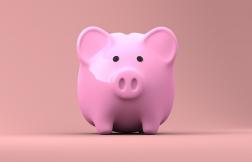 As any Bingo aficionado will tell you, playing Bingo is addictive. It’s super easy to get lost in the moment as all you need to do is buy a card and then another one and another one and another one... What's more thanks to the fact that the computer can do your daubing for you, you can go broke in relatively seconds. Of course, we don't want that for any of our players which is why we have compiled a bingo money management page just for you to learn how to get the most out of your bingo bankroll.

There are several ways to play and win at Online Bingo and new patterns keep being integrated into Online Bingo games. Nowadays, players can win with vertical, diagonal and horizontal patterns as well as more intricate ones. There are Bingo cards that need covering completely for the player to win as well as cards where the corners need to be covered for players to win. Even symbols have been introduced to Bingo games instead of the standard numbers. In addition to this, players can even win two prizes in the same game by managing to have two winning patterns on one card. One of the main advantages of Online Bingo is the endless pattern possibility.

Are there any age requirements for playing Online Bingo?

Yes, like all other casino games, you need to have a minimum age of 18 in order to be able to play Online Bingo.

As technology continues to advance, there is less and less reason for people to leave the comfort of their own homes to get their gambling fix. In addition to this, Online Bingo provides players with out of this world bonuses and loyalty programs. Some Online Bingo games even give players the opportunity to socialise and meet new people from all over the world.

How can you make deposits at an Online Bingo site?

There are several ways how you can make easy and safe deposits at Online Bingo sites and these include Paypal, Visa, Skrill, Instadebit and Bitcoin to name a few. Each and every casino will have its own depositing method so it's important that you know exactly who offers what. It's also important to remember that many times you can't withdraw using the same method you've used to deposit. For more information, visit our Payment Options page.

Where can I get the Best Online Casino Bonuses?

Here at GamblingPlanet, every casino in our toplist is tried and tested by our casino experts. That means that you can play with your mind completely at rest that you're getting the best deals on the net.

Bingo Online is the future!

Online Bingo has gone from strength to strength thanks to the fact that it is both easy to get into as well as play. So why not visit our Online Casino Reviews page, take a look at what casinos are on offer, follow it up with taking a look at our Payment Options pay to see if your preferred way to pay is available and start winning big today!