India has had nothing if not an interesting relationship with gambling. In this online guide, we will be looking at the highs and lows of playing at Indian Online Casinos.

Known for its vibrant colors, sounds and smells, India is no place for the bland and ordinary which is why every care has been taken for Indian Online Casinos to be as glamorous as their concrete counterparts. Although brick and mortar casinos are actually limited to select parts of India such as Goa and Sikkim because gambling is mostly illegal in India, that doesn't mean that there aren't Indian Online Casinos which cater to the needs of the Indian population and here at GamblingPlanet, we've sourced all the best and brightest as well as compiled all the information you need to get started. What's more, when you've finished from reading this page, you can visit our online casino reviews page and choose the best Indian Online Casino for you.

Gambling in land-based casinos in India - Is it legal?

When it comes to gambling in India there is something of a conflict between appearance and reality. On the surface, lawmakers have shown no support toward the idea of gambling, however, despite this, gambling has gone from strength to strength. Indian laws are far from straightforward when it comes to gambling which is why we at GamblingPlanet have gone the extra mile to make sure that you're covered when you play. In 1867, the Public Gaming Act was passed which basically prohibited the operation of all brick and mortar casinos. The law stated that all common gaming houses were illegal, however, since the law speaks specifically about the act of wagering or betting at physical places, it is obviously not taking into account the online casino situation (the internet was just an impossible fantasy at the time the law was passed). The irony is that this over 150-year-old law has simply never been revised and there has been very little movement to do so. In fact, the only two Indian states who have made any movement to regulate the law are Goa and Sikkim.

Thanks to its great influx of tourists, Goa was only too happy to get on the bandwagon and in 1976, the ‘Goa, Daman and Diu Public Gambling Act’ was published which allowed for slots machines to be allowed in 5-star hotels. In both 1992 and 1996, offshore casinos similar to riverboat casinos were legalised subject to whether or not they have obtained licenses from the government. Thus, whether you're from Goa or just passing through, you can definitely enjoy some casino gameplay.

While Goa was the first to set up laws, it definitely wasn't the last and in fact, in 2002 Sikkim followed suit. The casino scene in Sikkim is now governed by two acts: the Sikkim Casinos (Control and Tax) Act 2002 and the Sikkim Casino Games Commencement (Control and Tax) Rules 2007. Both acts allow people with a license to operate gambling operations in luxury hotels.

If you're seriously looking for Indian Online Casinos then you there are a few things you need to know before you start. Out of the 29 states which form part of India, Sikkim and Nagaland are the two which allow gambling in different forms. Of course, there are other states which have made different exceptions but it's Sikkim and Nagaland which have enacted laws to permit and regulate online games.

As aforementioned, the Sikkim Casinos Games Control and Tax Rules Law was born in 2002 and states that the Government of Sikkim is allowed to authorize licenses to set up land-based casinos. This also extends to online gambling in Sikkim. Hence, in Sikkim, players are legally allowed to play Online Roulette or anything else their heart desires provided that the online casino of their choice has been deemed fit by the Sikkim government board who takes care of all things casino related.

Since there are no online casinos operating from within the country itself, Indian Online Casinos are usually operated from abroad. That said, technically speaking, an online casino could operate from India itself provided that it offered its services to other countries. 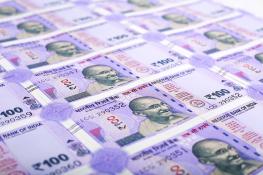 Depositing money in your Indian Online Casinos account is not the easiest of things to do which is why we at GamblingPlanet strongly suggest that players use e-wallets rather than credit or debit cards which many foreign websites might not accept. So, while it might be time to shelve your American Express and Visa cards, payments made by e-wallet titans Neteller and Skrill are usually successful. Why not take a quick look at our Online Casino Payment Options and pick the right option for you.

Is online gambling legal in India?

It is not very clear whether or not online gambling is legal in India as a whole, however, both Goa and Sikkim have opened their doors to it.

Are the Online Casinos in India on GamblingPlanet regulated?

Yes, all the Indian Online Casinos that you will see in our toplist are 100% legal and have been played at by our team.

What casino games can you play at Indian Online Casinos?

You can find the same array of online casino games at Indian Online Casinos that you would find elsewhere. This means that whether you're into Online Slots, Online Blackjack or Online Bingo, you really can find it all. If you're uncomfortable with downloading the software to play your casino games, you can even play at No Download Casinos, visit our No Download Casinos page for more info.

Can I access Indian Online Casinos through phone or tablet?

Yes, of course you can. Nowadays, all the games which are designed are designed to be played both on desktop as well as on mobile or tablet. For more information, visit our Mobile Casinos page.

Which online casino payment options are popular in India?

It's always best to go with an e-wallet when depositing money. In fact, Indian players usually favor Skrill, Neteller and Entropay.

Do I need to pay taxes on my gambling winnings?

According to the Income Tax Act 1961, anything won over the amount of INR 10,000 must be deducted at a rate of 30% by the gambling operator. This does not just extend to casino games but to lotteries, card games etc.

Although India has not always been clear when it comes to what is and is not permissible gambling-wise, it is very clear that it is open to change and evolution. While at the moment very few Indian states offer Indians the opportunity to gamble legally, more and more states are showing interest in opening their doors. Of course, if you live outside of India, there are infinitely more options for you to be able to choose from (many of our players enjoy visiting UK Online Casinos or Online Casinos USA). In any case, India is growing market which can offer rich pickings for all those who take the time to pick their casinos wisely. Happy winning!